Bavaria is a region of Germany has the perfect blend of everything you want from a holiday. Impressive scenery, festivals and local culture. This region is steeped in history. Well known for its sausages, beer, and leather shorts, Germany’s largest state has that and much more.

You’ll also find ancient castles set amid stunning alpine scenery, as well as expansive lakes and snow-covered peaks. Bavaria is undoubtedly one of Germany’s most interesting areas to explore and you’ll find this fact strongly reflected in our list of the best things to do in Bavaria.

May to September is peak season because of the school holidays. October is also very busy because of the Oktoberfest that happens every year. You’ll have to secure your flight tickets early if you’re planning on visiting then as the prices will shoot up towards the event.

Germany is infamous for it’s Christmas markets and Bavaria is no exception. Late November and early December also sees the Tollwood Festival. It has a bit of something for everyone, from theatre to music to culinary delights. Cold but a beautiful time to visit Bavaria.

There are multiple factors that influence the price of a flight so comparing airlines, departure airports and times can help keep costs down. There is no direct flight to Bavaria, chose from Munich or Nuremberg. Or Salzburg and Frankfurt are near to popular holiday destinations within the region of Bavaria.

Currently, March is the cheapest month to fly to Munich, with flights ranging from £95 to £100. August is the most popular month, where you will see a big jump up to an average cost of £150pp. We recommend using Skyscanner as a starting place and then searching other providers to see if you can beat their price.

Wednesday is the most economical day to take a flight to Munich. To get the best value, try booking a flight in the afternoon . Generally the prices will increase for flights at midday as these tend to have higher demand. If you’re visiting during a festival, make sure to book as early as you possibly can to avoid paying over the odds.

The currency in Bavaria is the Euro. Exchange rates vary, so be sure to check prior to your trip.The Bank of England has an extensive list that is updated every day. If you intend on using your credit charge, you may incur charges for payments and cash withdrawals. We often use the Post Office for our exchange or use ATM’s in our destinations.

Bavaria is a State and therefore does not have an individual airport. Here are the state’s airports: Munich, Nuremberg, Allgäu/Memmingen and Augsburg. Bavaria’s holiday regions are also very easy to reach from Frankfurt airport and Salzburg Airport.

If you hold a British Citizen passport, you don’t need a visa to enter Germany. If you’re planning a stay of longer than 3 months, see our Living in Germany guide and contact the German Embassy if you have further questions. The rules on travel will stay the same until 31 December 2020.

We drove our own converted camper van from the UK to Switzerland and found the roads in excellent condition, well sign posted and easy to understand. There are specific rules that you must abide by when driving through Europe, it is up to you to find out what applies to your vehicle as you move across borders. Your drivers license must be valid and up to date, along with your car insurance.

If driving your own car from the UK you must have GB stickers displayed on the vehicle. You could be fined if you are found to be driving without the following items, a reflective jacket or vest; warning triangle and correct tyres. You will also need to  adjusting your headlights for continental driving.

Depending on where you’re planning to drive in Europe, you may need to display an emissions sticker or badge on your windscreen. And you may be required to purchase a Vignette and display it on your windscreen also.

Public transport in Germany is excellent, cheap and reliable. You can travel using the train, learn more about the Bahn here.

The castle that inspired Disney, you have to see it to believe it. Neuschwanstein Castle is a 19th-century palace on a rugged hill above the village of Hohenschwangau. Located in southwest Bavaria, Germany, it is steeped in mystery. Commissioned by Ludwig II of Bavaria, he never saw his vision complete!

Easy to find, we pre-booked tickets to avoid queues. You can walk up to the top. Or there is a bus that you can board, as part of your  ticket price. Prams are not allowed inside, leave them in the pram parks.

We visited the famous landmark during our European Road trip with a then, 6 month old baby George. Accessible through long windy roads, with the stunning Alps as a back drop. It is situated atop the Obersalzberg mountains in one of the most beautiful parts of Bavaria, overlooking the small town of Berchtesgaden.

The famous gold plated elevator is now covered with brass and the building itself is very ‘minimal’ in terms of its decor. But let’s face it, you are going there to see the view and it really is a view! Birds soar past you, you can see daredevils paragliding from the top of the peaks and snow capped mountains. And despite all the hustle and bustle of tourists wanting to get the best ‘picture’, it is strangely tranquil and peaceful.

Described as one of the best medieval villages, Rothernburg is charming and historic. The name means Red Fortress above the Tauber, most likely for the red rooftops on many of the buildings. The town truly is one big fortress, protected by a city wall all the way around it that has remained intact for centuries.

The plaza is dominated by the Rathaus, or town hall, and the tavern where the council did their drinking that stands next door, the Ratstrinkstube. The facade on the tavern has become semi-famous for its Meistertrunk animated clock that, every hour on the hour, depicts the popular legend of how the town was saved.

£49| Rothenburg and Harburg Half Day Tour

The Oktoberfest is the world’s largest Volksfest. Held annually in Munich, Bavaria, Germany, it is a 16- to 18-day folk festival running from mid- or late September to the first Sunday in October, with more than six million people from around the world attending the event every year.

With plenty of street markets and people from all over the world. You and your family will experience a welcoming, upbeat and positive atmosphere. Enjoy the party mood and celebrate with locals. It isn’t all about the beer but the city comes alive at this time, unlike other seasons.

Is one of the oldest art galleries in the world. Housing works of arts by icons such as Da Vinci and Rembrandt. A significant number of these belong to a collection of Old Master paintings. The gallery’s name refers to the time span from the 14th to the 18th century – the period when the paintings in the collection were produced.

The gallery has thousands of paintings in its possession, not all of which are on display at any given time, so there’s always something new to uncover. Guided audio tours are available to help you navigate the permanent exhibitions, but do keep an eye out for interesting temporary exhibitions that may be on while you’re in town.

Lake Königssee is often promoted as Germany’s cleanest lake. This natural lake has the third deepest waters in the country and is located in the Berchtesgaden Alps, near the Austrian border. The crystal-clear alpine waters and picturesque surroundings have attracted many tourists and hikers over the years.

To protect the serenity of the area, since 1909 only rowing, pedal- and electric-powered passenger boats are allowed on the lake. There are guided boat trips. If you visit during summer you can enjoy the fresh trout and whitefish caught in the lake itself, though public fishing is not allowed.

A great way for kids to learn about science and technology. The museum prides itself on being ‘hands-on.’ Visitors discover everything from astronomy to marine biology. The focus is strongly on interactivity here, so there’ll be no “I’m bored” comments. Title placards are in German and English, but there are a handful that have no translation.

The museum aims to engage all the senses through a variety of activities and demonstrations, making this a great spot to take the kids for a few hours – and it’s educational too! Deutsches Museum is open 7 days a week and discounts are available for Munich Card holders.

Known in German as Markgräfliches Opernhaus, this Baroque opera house is on the UNESCO World Heritage list. Built between 1745 and 1750, it’s one of the few surviving European theatres from this era. Recently renovated and restored, the interior of this opera house is stunningly beautiful and well worth a visit if only to soak up the atmosphere.

All visitors must join a guided tour while visiting. Guides are conducted exclusively in German, though a leaflet is provided in English covering the major points of interest. This is still a fully functioning theatre and best experienced by catching a performance when possible. Be sure to check ahead to see what’s on while you are in town.

The childhood home of King Ludwig II of Bavaria, Hohenschwangau Castle was built by his father, King Maximilian II. The castle is situated in the small village of Hohenschwangau, not far from the Austrian border. It also gave Ludwig the inspiration to build the nearby fairytale-esque Neuschwanstein Castle.

The castle can be reached from the nearby village by shuttle bus or, interestingly, by a horse-drawn carriage service. A combo ticket can be bought allowing you to visit both Hohenschwangau and Neuschwanstein castles for a single fee.

Bamberg is located in southern Germany in the north of Bavaria. The medieval village is a wonder to behold. Streets are lined with surviving ecclesiastical and secular buildings of the period. Walk around and be amazed at the pristine condition of the houses, cobbled streets and art work. It was built by the King of Germany in 1007 to be a ‘second Rome’.

Oh and did I mention that the small areas has 14 breweries? You can walk around and visit the breweries. Unfortunately you can’t taste test at everyone of them (much to Daddy’s dismay). 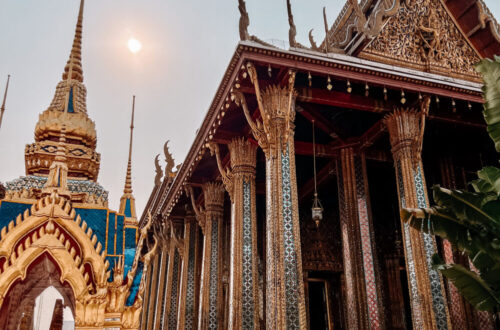 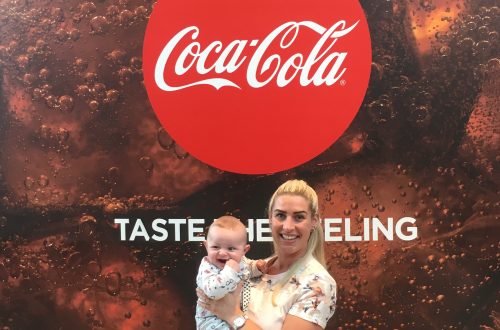 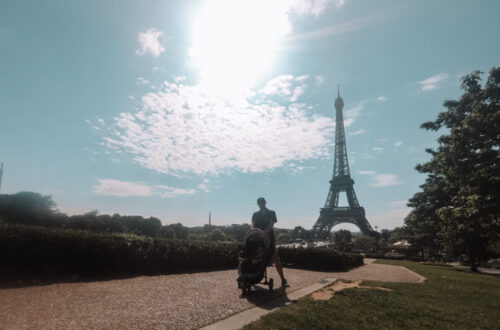 THINGS TO DO IN PARIS WITH KIDS